The £3.5 million construction of 25 homes for social rent commenced in February 2015, using £1.6 million funding from the Scottish Government and £646, 593 funding from the Argyll & Bute Council strategic Housing Fund.

Built by TSL Contractors Ltd, the homes include one and two-bedroom flats, two-bedroom semi-detached / mid terrace houses and three-bedroom end terraced houses. The properties will all be managed by Link’s subsidiary West Highland Housing Association.

The properties benefit from a Biomass heating system and the development has achieved the 'Silver Standard' in sustainability which is the first project to achieve this accreditation in this area.

In November 2015, Link invited Dunbeg Primary School to name the street on which the new development is built. The unanimous winner was MacVicar Court – named after the school’s long serving Head Teacher, Sine MacVicar. The name was approved by Argyll & Bute Council.

This is the second phase of this development, the first 50 properties having been completed for Rent-To-Buy in 2014 /15.

Link Group Chief Executive, Craig Sanderson, said: "We are very pleased to have been supported by the Scottish Government and Argyll and Bute Council to enable us to build these new, high quality homes for social rent. We hope to deliver many more here in future, building on the good relationships we have with the Council, West Highland Housing Association and the local community.”

Dunbeg Primary School’s Head Teacher, Sine MacVicar said: “As Dunbeg Primary and the community is such a huge part of my life it is truly an honour to have my pupils name this new and innovative housing estate after me.” 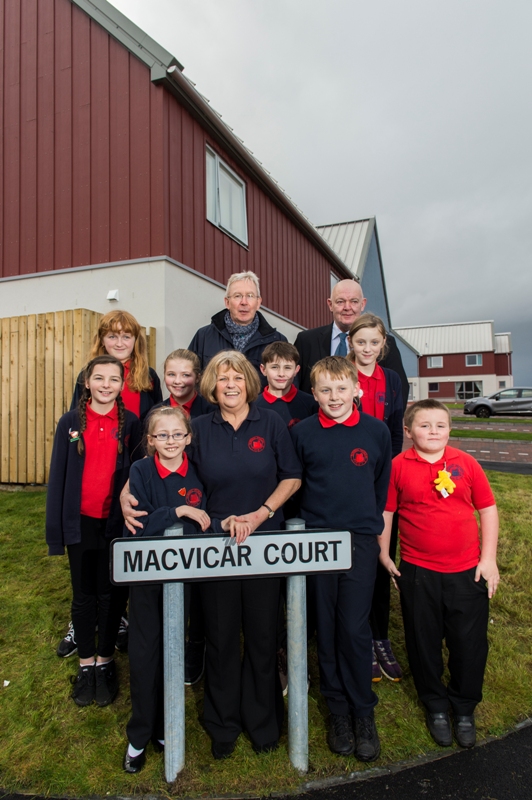